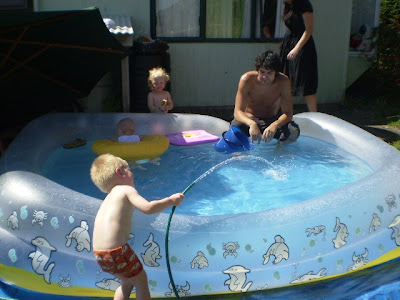 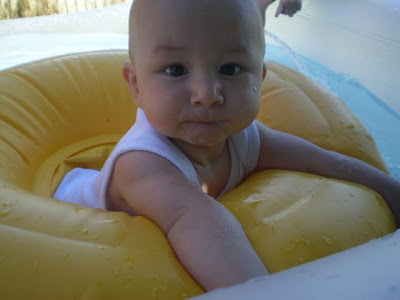 SuMmEr TIme
Well I had pretty much decided that I wouldn't visit Pita and Tasi in Saudi, and then Tasi tried her Burka on. Now I want to go to Saudi just so I can wear one too. I think its so exotic and beautifull. Tasi's has jewelled patterns on the back and jewelled cuffs as well as little tassells that hang down. Admittedly she really suits black and apparently I don't, but it would take alot of hassle out of deciding what to wear everyday. 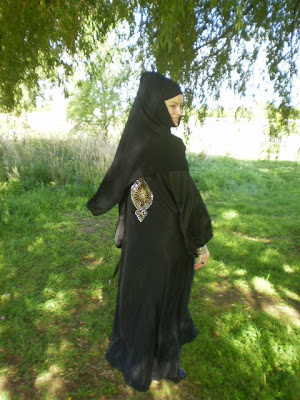 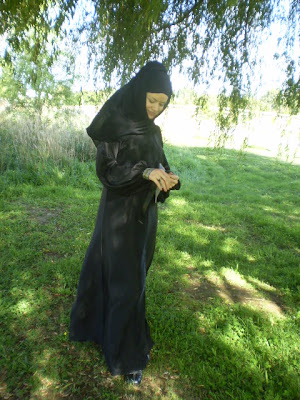 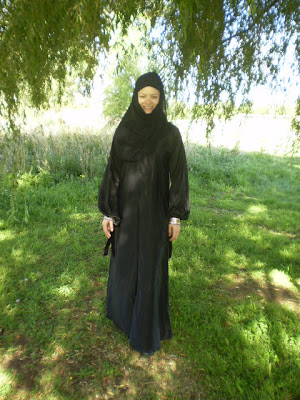 We have had a very eventfull summer this year, cousin Emma visited from England, Pita and Tasi are back from Egypt and are still here for a couple of weeks before they head to Saudi, Tom, Jonelle and their kids stayed with us for a couple of weeks and Pete, Liz, Mack and Alice all visited (see Rosie's blog for more details). We made a great water slide and Asher and I hang out in our little paddle pool almost everyday, its so stinky hot.

'If it be your will' and 'Gypsy wife'

Mum and I went to the Leonard Cohen concert on Thursday night. It was great. Heres a couple of tracks that he played

Christmas Time, Terrorists, Family, and Another Year Gone By 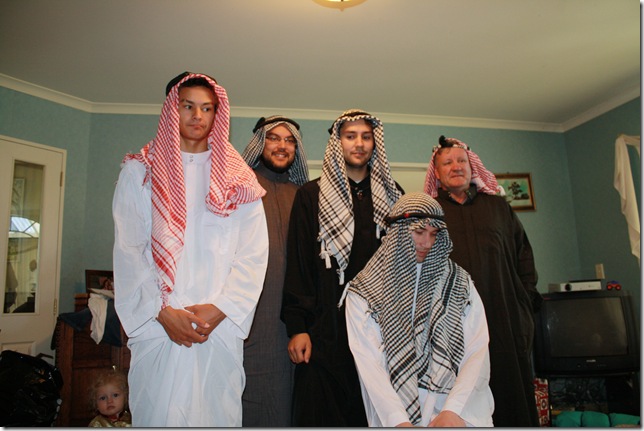 Our christmas presents courtesy of Pita and Tasi. We all had grand plans to wear our Arab attire to the airport to pick up the Cammocks. We thought airport security might appreciate our costumes. Sadly, it never came to fruition. However, we did all pile onto a mini truck and take a raucous ride around temple view making terrorist battle cries as we passed by generally bemused and confused onlookers. 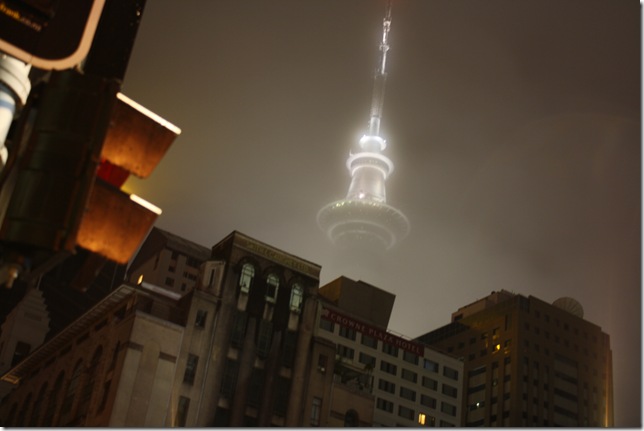 Sky City shrouded by fog on a muggy summer eve - taken while waiting for Pita and Tasi to pick me up from the 5 star hotel we were all staying at courtesy of Tasi's cousin Jeff. We then headed for a late night snack at a cafe on the viaduct called 'chow' which served some of the best cuisine any of us had tasted at 11pm at night. mmmm, blue cheese wonton in a grape coulis dip, soy and garlic marinated beef ribs, battered mussels, and coconut cream and lamb curry. 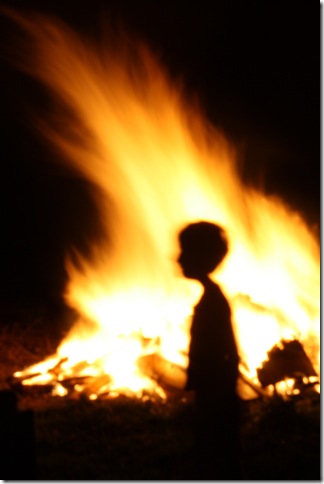 Harriet and the bonfire on New Years Eve. 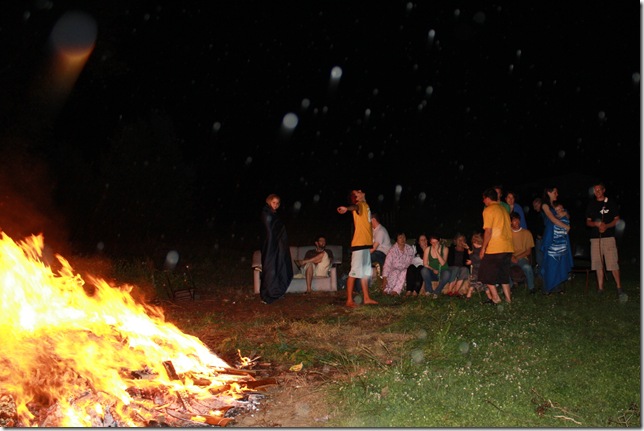 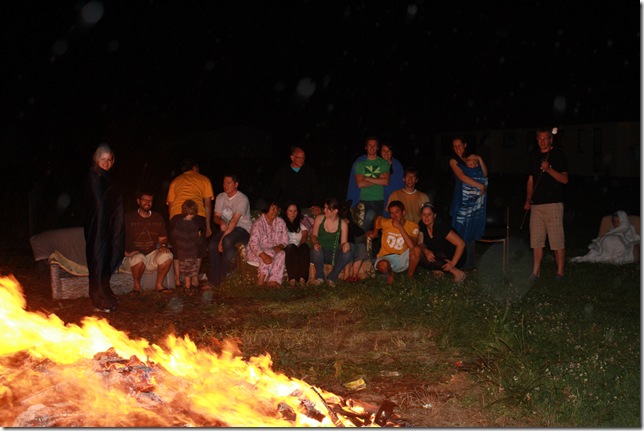 The New Years Eve crowd undeterred by the rain. 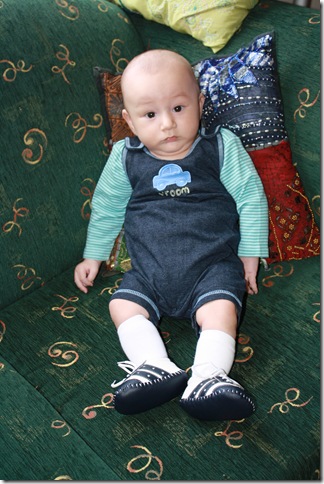 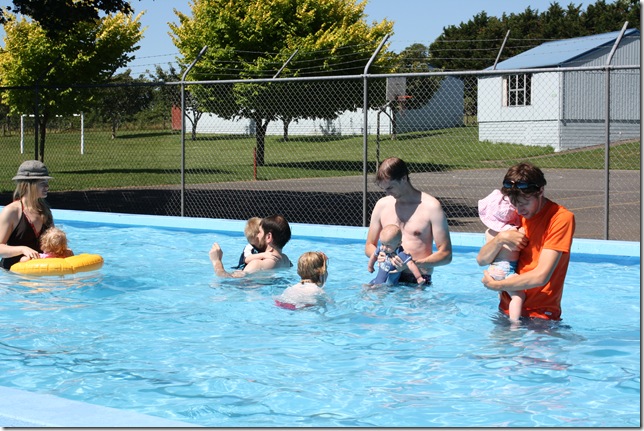 Ashers first swim. He even went right under. He came up looking shocked his eyes as big and round as lemons. Everyone had a very excellent time having under water races, piggy back races, shoulder fights, water akido lessons, and general frollicking in the sun drenched school pool.

Tongariro crossing. Almost a year to the day before he passed.

for more photos of robbie check out rosies blog 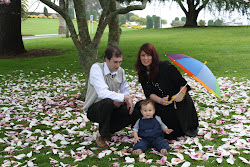 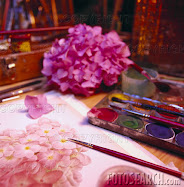 Art works from the baby shower